It’s a headache, so many things going on with the new policies, travelling, practices, it’s all changed, we mask up for practices and games 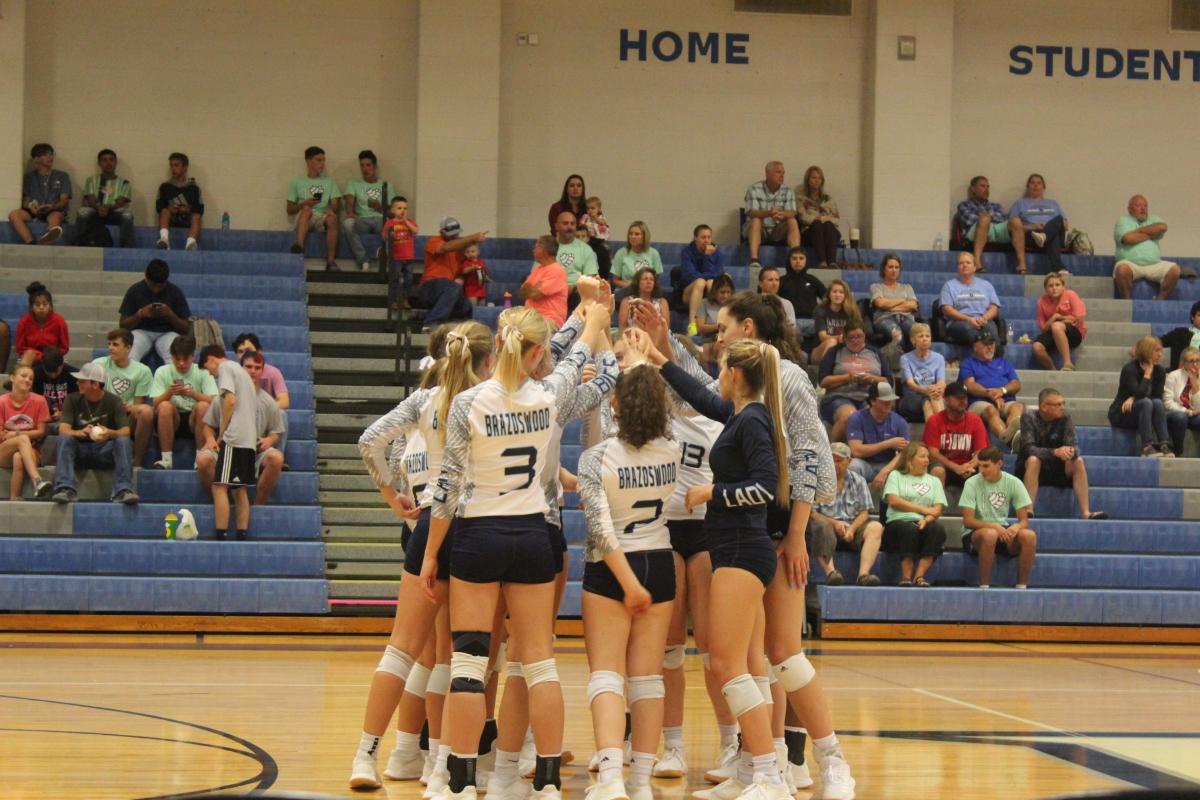 This year’s volleyball season officially kicks-off this Friday with many new changes and policies in place.

“Games are limited to five spectators per player and parents can’t interact with their players before the game like usual,” Varsity Coach Brian Soistman said. “Our first scrimmages were weird, there were only coaches and players there.”

With games only allowed limited attendance compared to previous seasons it’s hard for players and coaches alike to adjust.

“The stands will be at half capacity, that’s the biggest change,” varsity player Reagan Blank said. “It’s my first year on varsity so I was looking forward to having all my family and friends in the stands, that part will be different, not having them there.”

With the new policies things you would not have thought about are now regulated and controlled.

“It’s a headache, so many things going on with the new policies, travelling, practices, it’s all changed, we mask up for practices and games,” Soistman said. “It’s still fun though, the girls are doing everything right, It’s just a headache.”

It’s especially hard for coaches and players especially when it’s their last season like Soistman who is retiring this year.

“I know I’m going to miss volleyball, I just love the game, it’s so strategic and such a team game,” Soistman said.

Even though things are different, the players are still happy to be able to play this season.

“I’m just glad to be able to play the sport that I love. Many athletes weren’t able to finish out their season last spring,” Blank said. “ I know this season will be different but I can’t wait to step on the court and represent Brazoswood this season.”

“As a young child, I didn’t have anyone reach out to me and make me feel comfortable, which made me want to do that for students now”

Behavior Specialists are responsible for helping kids succeed in school and helping people on campus through problems. Since being introduced to the district 5 years ago, the behavior team has become a vital part in schools, creating a support system for students and teachers on campuses.

Specialists are on campus to help students be successful through school as well as aiding teachers in classroom management. White works at Brazosport High School and Freeport Intermediate as a member of the district behavior team.

“My job is to help support my campus with behavior management through the means of observation, programs, and restorative circles,” White said.

Megahn Cooper works at Brazoswood High School mainly on freshman campus, she helps students through problems, while doing so she tries to make a safe environment for students to feel comfortable.

“As a young child, I didn’t have anyone reach out to me and make me feel comfortable, which made me want to do that for students now,” Cooper said. Behavior specialists aren’t a very well-known part of the district but they are a crucial part, working hard to create a developed support system for students and teachers.